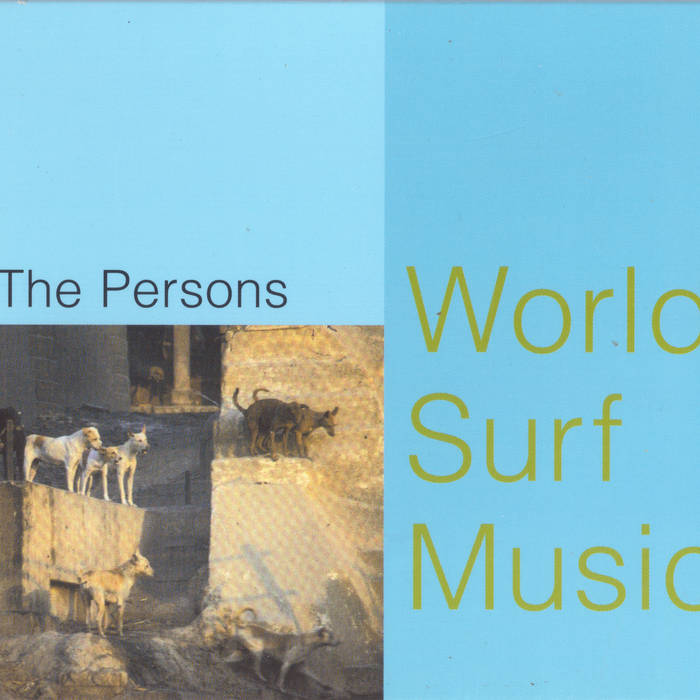 The guitar band with the late ‘80’s line-up; some beautiful tunes as well as extended improvisations.

" The Persons are a loose-knit collective of improvising and jazz musicians who have come together under the banner of World Surf Music in 1989. The band consists of Clusone Trio cellist Ernst Reijseger, guitarists Daniel Licht and Danny Petrow, bassist Eric Calmes, saxophonist and clarinetist Michael Moore, and drummer Michael Vatcher. Here, Vatcher and Moore create tunes that can only be described as popular, riff-driven music, such as surf, as read through Middle and Far Eastern folk traditions, and pop, with electric guitar interplay, and a jazzman's sense of adventure. Sonic textures are created in near song-like forms and built into towering dynamic statements that are as much fun to pretend to dance to as to listen to. Moore's soloing grounds the music in improvisation and jazz, but with two guitarists, a bassist, and a cellist, strings are the thing and they prevail here on "Surfing in Bali"; the tune sounds like its title. "Two Lines" comes off as a '60s girl group tune a lá Phil Spector, played through a filter of oriental mysticism's ritual music with a Jimmy Giuffre sense of restraint. "Franz," written for composer and bandleader Franz Koglmann is a series of his own motifs loosely strung together with plenty of space, and enough melodic invention to constitute the kind of harmonic bridges that create impressions, rather than leave them. While World Surf Music is not as powerful as Live During Wartime, their succeeding live album of a couple years later, World Surf Music is easily as gratifying because of its relative quiet, its smart arrangements, and the fact that no one here overplays. All of the music is honest, and close to the bone, no matter how far the compositions journey."

By Thom Jurek, All Music Guide.

Composed by Michael Moore except as noted.