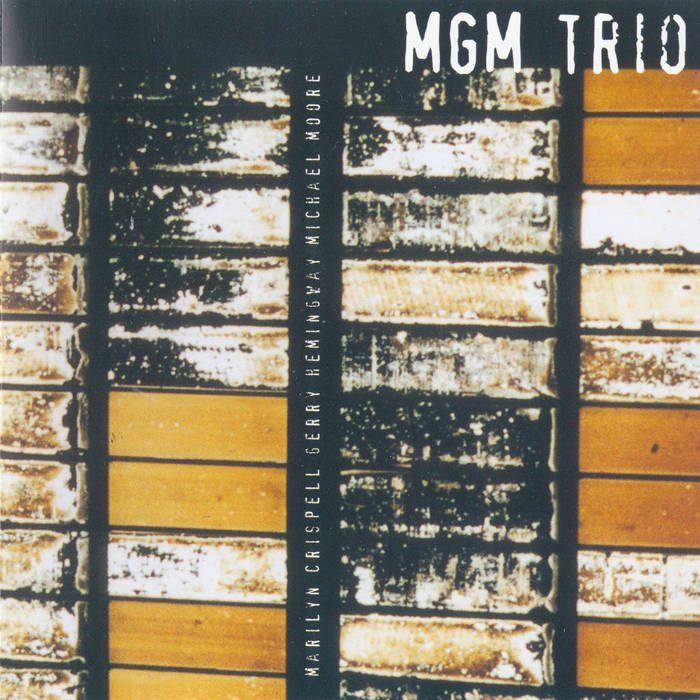 "Marilyn Crispell and Gerry Hemingway have often played in powerhouse Crispell-led trios with bassist - generally either Reggie Workman or Barry Guy. Here on MGM Trio, Michael Moore brings his clarinet and a set of originals, and becomes the third member of the trio. Crispell and Hemingway adjust to him, and the group dynamic is predominately light, playful and conversational.

Amid the slow, swinging, angular figures of "Real Goods", a singsong line asserts itself; even as Moore and Crispell thicken their playing, the essential feeling of swing remains, with Hemingway keeping it going even as he displaces the beat with drum colors. The playfulness and singsong qualities reassert themselves in other pieces - in "Temperamental Annie" and " The Bigger the Dot, the Better the Fishing", both of which find Hemingway on marimba. Crispell's playing on this date is as consonant as anything she's ever recorded, but on this piece her dense dissonances help bring the music to its tensest moments. On "The Pound Fell Down", she plays some of her characteristic icy clusters behind Moore's abstract rubato: this piece, perhaps the most memorable of the date, increases in density and peaks around 6:30; three minutes later it's Moore's woodiest clarinet playing against the steel drums of Hemingway - a sound hinted at earlier but more explicit here, and making for a pretty ending.

It's Moore who keeps the melodicism explicit; overall, the results are not unexpected, given his work with the Clusone Trio. As for Crispell and Hemingway, this date is far from the heaviest one they've made, but I expect to play it often."

All compositions by Michael Moore