I Am An Indian 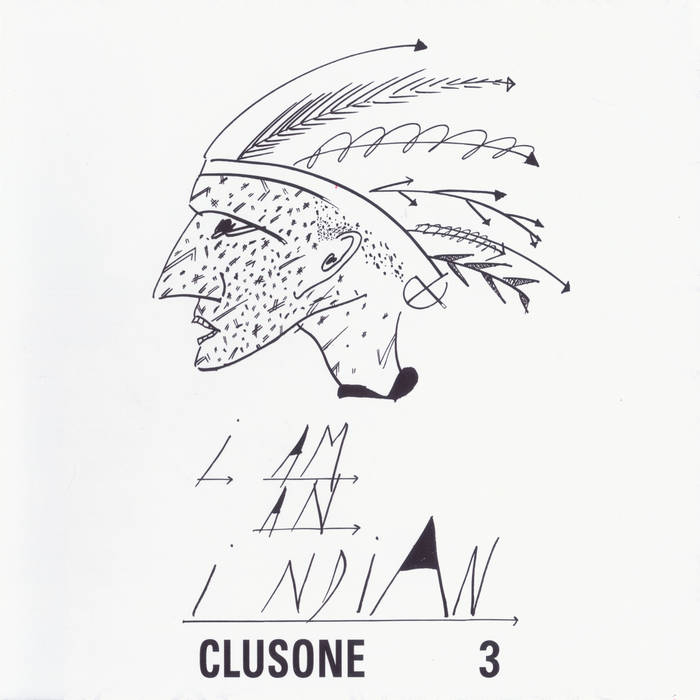 This disc contains live recordings from Europe and Canada further documenting the Clusone Trio’s evolution. This recording was later licensed by Gramavision (which promptly deleted it from their catalog).

"Some modernists avoid the past in quest of the unheard; some postmodernists scrabble at historical references for want of anything original to say. Clusone Trio neither aver the well-worn pleasures of yesteryear nor do they use pastiche as an easy out. Aggressive, playful, clamorous, baffling, romantic, cutting, diffident, fun--they’re a perfect incarnation of the ambidextrous form of jazz that has been evolving in Holland over the last three decades.

Thoroughly drenched in swing, the threesome is powered by one of the most dynamic engines in today’s jazz: drummer/percussionist Han Bennink. As buoyant and full of joy as Papa Jo Jones, Bennink can break from a full-tilt groove to release what sounds like a closet full of junk, then dive right back in again where he left off. He’s also prone to play off or against his partners, and particularly in this trio he’ll sometimes wander away from a group activity or plr world. For listeners schooled in action/reaction improvising, such aloofness may be frustrating. But Bennink likes to disrupt those closely held values, challenging his audience to hear seemingly unconnected simultaneity as a valid approach to improvising.

Reed player Moore is an absolute marvel. His soft tone and rhythmic panache give him a somewhat West coast hue (betraying his California origins?) while an abiding love of Johnny Hodges is evident in his seemingly boundless melodicism. When Clusone turns to tunes like Berlin’s “The Song is Ended”, Bud Powell’s “Celia” or Sebastiao de Barros’ “Sonoroso”, Moore’s radiant tone sings out, though he’s no stranger to sharper and more fragmented sound images, either. And now and then he’ll whip out his melodica and blow plastic little chords for surreal effect. Surely the most versatile cellist around, Ernst Reijseger is perpetual thought-motion. He can lock in with Bennink, becoming Jimmy Blanton (if he’s walkin’) or Freddis capable of being as gonzo and nutty as Bennink, as gentle and sweet as Moore, and adding sudden classical gasses (hear “Tsimshian”). On Dewey Redman’s “Qow”, he lays down a hard blues, hits slick licks and lithely doubles Moore’s lines. And when Reijseger cuts loose, the sky’s no limit.

These very live-sounding recordings capture the thrilling trio mixing styles eras, energies--reveling in the exuberance of jazz. Don’t miss out."